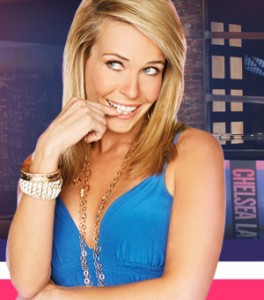 I had been totally getting the "this is my last season vibe", but NO. Chelsea Handler has signed a new two year deal with E! through 2014, continuing with Chelsea Lately.  Also included is a production deal with her Borderline Amazing Productions.

"Chelsea is an extraordinary talent whose smart, clever, no-holds-barred point of view has clearly been embraced by viewers," said E! president Suzanne Kolb.
Added Handler, "It's a great time for women in comedy, and it's a great time to have real breasts."
Chelsea Lately has helped launch the career of fellow comedienne, Whitney Cummings.
The news may come as a surprise to those who have paid close attention to Handler's remarks in recent months.  In an interview for The Hollywood Reporter's June cover story, Handler said, "I can't keep doing the same thing; my brain is bleeding. I want to do something that's more mindful and isn't celebrity-centered. I'm not looking to totally bail on E! They've done a lot for me, and I like it here. If you take away the Kardashians."
Posted by Leisa at 12:41 PM 1 comment:

Hangover Free, You Can Be

You ever go out at night and maybe, i don't know, drink all the Patron? You dance too much, drink too much, flirt too much and then mysteriously wake up in a chair with your dress and shoes still on and a phone in your hand?  Does this sound like you? Perhaps then, you're just like me and you've made your share of messy mistakes. 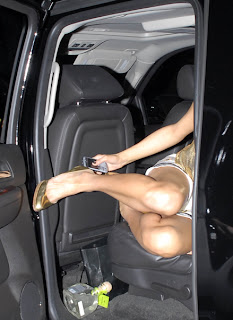 Christina Aguilera has seen more than a few bloated and loaded evenings. 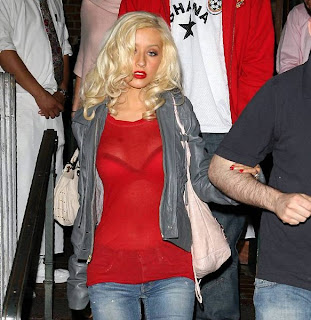 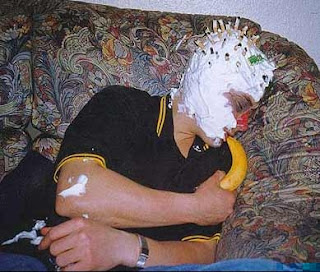 Want to be sure this will never happen to you? 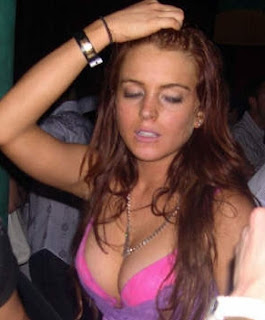 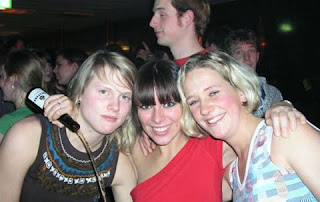 Friends shouldn't let friends get their drank on without trying this no more hangover patch. BYTOX.  If you actually want to remember what you did last night, maybe check it out.  Like a nicotine patch - it won't be visible to others if you don't want it to be. 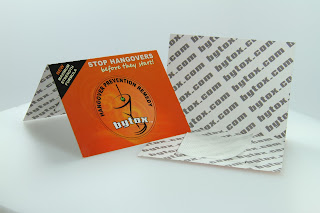 The Bytox patch is comprised from a complex of B vitamins that are essential to helping your body function on a day-to-day basis. The Bytox patch is safe, natural and effective, which means your body will quickly replenish what’s lost during the consumption of alcohol.  For much more info on the Bytox patch you can visit www.bytox.com.  Feel good tomorrow.
Posted by Leisa at 6:38 PM No comments:

Snooki : Everyone Can Suck It 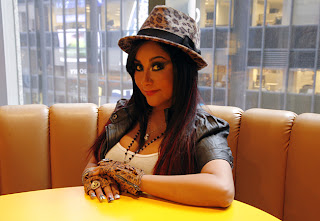 "Reality TV star" and "Best-selling author" rarely intersect. But then, Jersey Shore'sSnooki is no ordinary reality TV star. Or author. Over a plate of baked chicken and salad—she's on a diet—Snooki let’s GQ.com in on the woman behind the tan, and discusses politics, what she would do differently if producing Jersey Shore, saving money, her guilty pleasure, and more.

GQ: Out of the GOP candidates, those that were rumored, dropped out or are still in it, who would you vote for?
Snooki: Donald Trump, I would vote for him. Trump would make this country better I feel. He gets shit done.

GQ: If you were producing Jersey Shore, what would you do differently?
Snooki: I wouldn't show as much drinking and partying. I would show more of us chilling out and having a good time—which they don't show. We don't even drink those nights, but we laugh all night. They don't show anything but us drinking and hooking up.

GQ: So what do you spend your money on?
Snooki: I save it. Jersey Shore is going to end soon. I'm not going to spend money like Mike [The Situation]. He's already broke!

GQ: What's a guilty pleasure of yours?
Snooki: The show, Mob Wives... They're crazier than we are and they're in the mob. I think they're nut jobs.

GQ: You have a camera on you nearly all the time these days. Is there anything we don't know about you?
Snooki: I don't think so. I just know that I'm going to be 98 pounds again and everyone can suck it.
Posted by Leisa at 11:07 AM No comments: