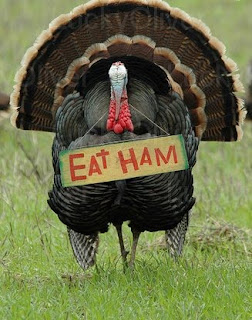 My pet turkey has a message for you.


Enjoy your Holiday!
Posted by Leisa at 8:53 AM No comments: 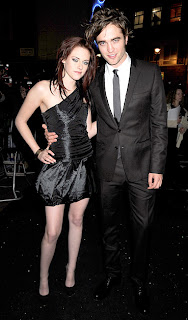 TWILIGHT sequel NEW MOON has shot to the top of the U.S. box office, sucking the competition dry and earning a staggering $140.7 million US in its opening week of release.

The vampire adventure achieved the third highest American debut of all time - taking $258.8 million worldwide, after opening in 26 countries. The top two earners to date are The Dark Knight and Spider Man 3. 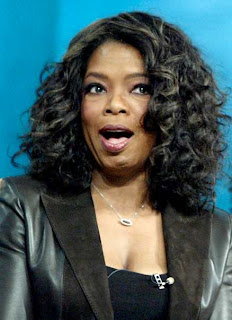 The almighty Opes says she's calling it a day after her contract runs out, September 9th, 2011. For me, this is not soon enough. I feel she jumped the shark at least 5 years ago.

Oprah is retiring and I'm as excited as she was here on that fateful afternoon with Tom Cruise-crazy. 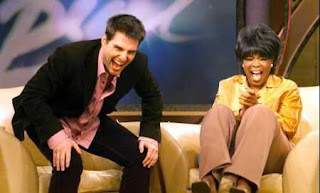 Sadly, Oprah will undoubtably start another talk show on her very own network... OWN. Winfrey will premiere the Oprah Winfrey Network, a partnership with Discovery Communications, in January 2011.

Now don't hate just because I'm not an Oprah fan. I mean, I get it if you are, but I'm over it. 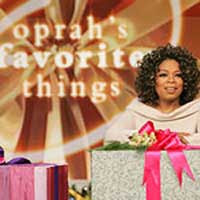 Opes better come up with one deadly final "Favorite Things' episode. I always tune in to see people losing their sh!t over winning free stuff. It's a Do Not Miss.

Martha Stewart Is On A Roll

Last week Martha Stewart just happened to mention she didn't think Rachael Ray should call herself a 'cook'. And last night she gives us this zinger about that annoyance, Sarah Palin. Oh Martha, you are winning me over more and more. 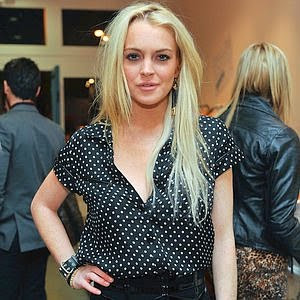 Well, let's be honest.... what design career? Ungaro made a monumental mistake and they are finally waking up and smelling the coke dust. At one time you might say Lindsay was a hot mess. Now, she's just a mess.

In September, CEO Mounir Moufarrige announced that Lohan had been brought on to provide an "electric shock" to the aging fashion house. The move, widely viewed as a publicity stunt, was so controversial that head designer Esteban Cortazar resigned earlier in the summer rather than work with a celebrity adviser.

Cortazar was proved correct in October, when critics in Paris savaged the collection and Lohan's contributions as a laughingstock. In one of the nicer reviews, WWD noted Lohan's nipple-baring outfits, covered with hearts, were "cheesy and dated . . . an embarrassment." 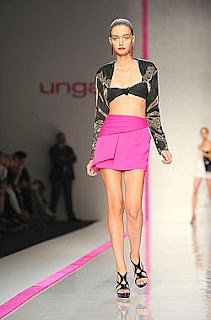 Now, Page Six has learned that Ungaro's chairman, Asim Abdullah, is locked in a fierce battle with Moufarrige over Lohan's future role at the company.

"Asim wants her out now," a fashion insider who has seen e-mails between the two executives tells Page Six. "Department stores in the States have already told him they won't be picking up the line if Lohan remains a collaborator, so it's a serious issue."

The problem, says our source, is that "Mounir wants to keep her on because it was his idea to hire her in the first place. He's trying to save face."

The terms of Lohan's multiyear contract were not disclosed, though it is said to be worth seven figures. 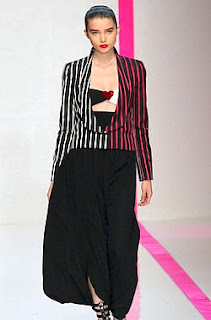 Earlier this month, Ungaro himself, who hasn't had any contact with the house that bears his name since leaving in 2005, said of Lohan's debut collection, "I am furious, but I can't do anything about it," adding that the label "is in the process of losing its soul."

Reached for comment, a rep for Abdullah said of the rift between the execs, "Such an insinuation is totally absurd."