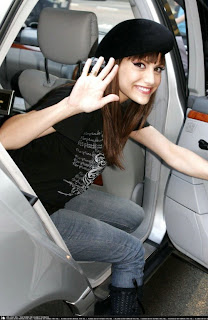 Brittany Murphy died of cardiac arrest early Sunday morning, after her mother had found her unconscious in the shower, according to a report by TMZ. The actress was only 32.
It is reported that a call went out to 911 from Murphy's Los Angeles home at 8 a.m. Attempts to revive her were not successful. A spokesperson for Cedars Sinai Medical Center confirmed to PEOPLE that Murphy died at the facility Sunday at 10:04 a.m. 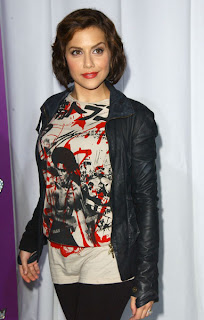 The actress's rep, Nicole Perna, said in a statement Sunday afternoon, "In this time of sadness, the family thanks you for your love and support. It is their wish that you respect their privacy."

In addition to The White Hotel and Clueless, the Atlanta-born Murphy costarred in 8 Mile with Eminem, and Girl, Interrupted. Her first Hollywood job, at age 14, was as the star of the series Drexel's Class.

In May of 2007, she married her White Hotel director, Simon Monjack. 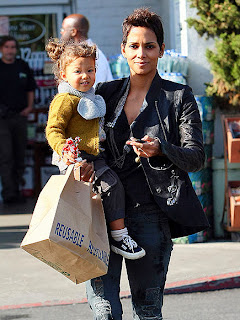 Halle Berry and 20 month old Nahla stopped at Bristol Farms in LA on Thursday. Last photo I'd seen of Halle's daughter, she was still a wee baby, and now she's just as gorgeous as her Mom.
pic - People.com
Posted by Leisa at 9:55 PM 1 comment: 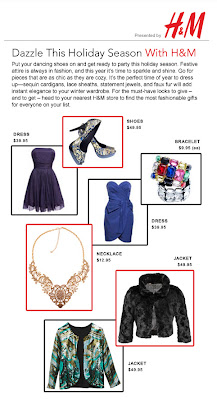 Ladies, you need some sparkle this season.

Treat someone, or treat yourself.
Click HERE to check out more of what H&M
has in store for you this Holiday.
Posted by Leisa at 12:41 PM No comments: