Too Many Meds Killed Daniel 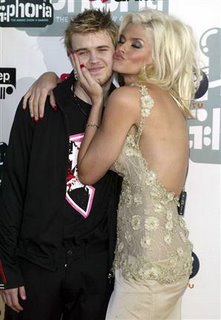 The death of Anna Nicole Smith's 20-year-old son Daniel was caused by a lethal combination of methadone, Zoloft and Lexapro, pathologist Cyril Wecht has revealed to PEOPLE exclusively. Wecht said the drugs caused the cardiac dysrhythmia that led to Daniel's death. Wecht got the toxicology results from National Medical Services in Willow Grove, Pa., today.

Anna's creepy attorney/lover went on Larry King last night looking all strung out and claiming to be the father of her new daughter they've named Dani-Lyn. This story keeps getting weirder and weirder. I think her so-called attorney Howard K. Stern drugged the poor kid. Why would he be taking methadone? Did he suffer from a heroin addiction no one has mentioned or is it Howard's addiction? Apparently he picked Daniel up at the airport and drove him straight to the hospital room he soon after died in. Stern says Anna and baby Dani will now live with him permanently in the Bahamas in an attempt to stay away from the media scrutiny. 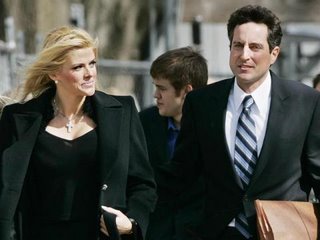 Methadone is also prescribed for people with chronic pain, such as that from a back injury- not sure if this young guy had such issues but there are other uses for this med other than for heroin users

I didn't know that. Thanks for clarifying!