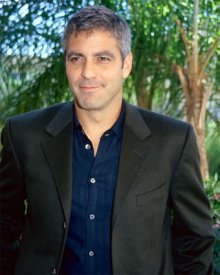 After appearing at an event where Gov. Arnold Schwarzenegger signed legislation aimed at helping stop genocidal violence in the Darfur region of Sudan, George Clooney is now deflecting talk that he may run for political office.

"Believe me, you don't want me in politics." When asked what he thought about people wearing T-shirts urging Clooney to seek the presidency in 2008, he added, "I think they're probably kidding." 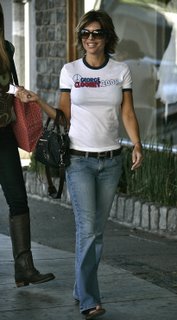 Humble George, a liberal Democrat, may just be playing down high expectations. Clooney recalled at one point that he starred in "Batman and Robin," in which Schwarzenegger played the villainous Mr. Freeze. "He's gone on to be Govenor, and I still think I'm Batman."

I'd vote for George in a New York minute.

If Clooney is Prez I might even move there.